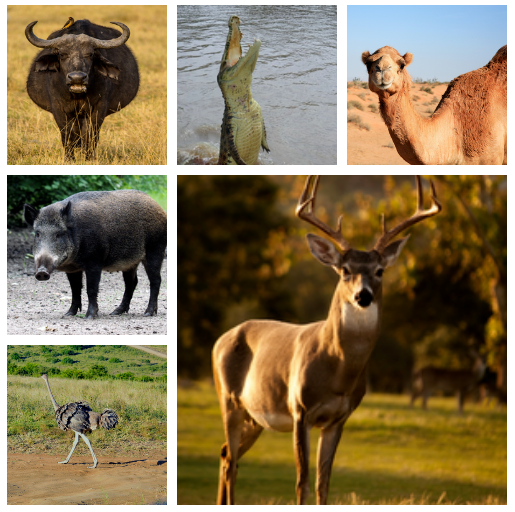 Crocodile meat has a similar look to fish fillet but has a slightly darker texture and tastes like chicken and fish combined. It is cooked like fish and it doesn’t fall apart when cooking.

There are a few breeds of venison in Australia.  The Fallow Deer, Rusa Deer, Chital Deer, Hog Deer, Sambar Deer & the Red Deer which are all located all over Australia.

Venison is deer meat. Venison is very low in fat and has a strong red vibrant look about with minimal fat content. Venison does not need to be cooked right through as it is best served medium rare. You can also cook venison in a slow cooker as to help the meat stay moist and tender.

Pigs were brought in to Australia back in the 1700’s and some of them became wild and tough and thus we have the wild boar. They are found all over Australia and are considered a pest.

Wild Boar has a slightly darker colour to pork and has a stronger gamier taste then pork also. There is very little fat content on Wild Boar and is usually cooked the same as pork.

The water buffalo and the feral buffalo are the two types of buffalo found in Australia.  They are considered a pest up in the Northern Territory as the population has increased to over 150,000.

Buffalo meat is very delicious and it has a lot of similarities to beef and is also cooked the same way. It is leaner than beef and has a slightly higher protein and iron content than beef. Buffalo should be cooked in a similar way to beef

Australian camels (dromedaries) were imported from the Middle East & India into Australia about 200 years ago. During the dry times in Australia, camels enter remote towns searching for water.

Camel meat is a very clean and sustainable and it is high in protein and low in cholesterol and is quite low in fat also. It has a similar texture to beef and is a little sweeter and gamier too. Cook camel in the same way as you would beef.

There are over 700,000 Emus in Australia at the moment and they are found mainly in the southern parts of Australia including NSW, Queensland & Western Australia.

The diet of an emu usually consists of grasses, flower plants and herb plants. They are considered to be extremely healthy and this also makes the extremely low in fat.

Emu meat is extremely lean and it has very dark red distinctive texture. It tastes like red meat with a slight poultry taste also.